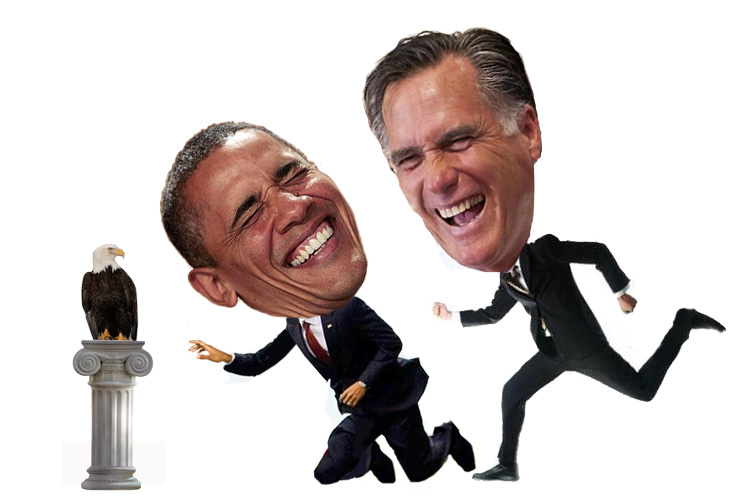 The prominent poll aggregators had been predicting Obama’s victory Tuesday night for a while,† but if we completely believed them, fewer of us would have been motivated to vote, and the evening’s television wouldn’t have been nearly as thrilling. We love a close race much more than a trouncing. As a San Franciscan I didn’t bump up my popularity by expressing that sweeping the World Series was boring, but I’ll bet one million dollars, had the race been close, more people would have paid attention.

We love a good race, yet in our personal lives,

Why don’t we race toward what matters most to us?

Urgency is one of our most useful feelings, and yet we often race around doing things that ultimately don’t make our lives much better. The reason? Responding to urgency focuses our attention. Focus feels good.

Putting together an emergency kit, making a long term financial plan, and building a cohesive body of work are not urgent. Nobody sets a deadline for these important goals in your life. Nobody is racing you.

Create Urgency for What Matters Most

Here’s my suggestion: Add urgency to what’s important to you by making it a race. It can lead to Flow and get the stuff done you always wish you’d do. I’m not suggesting you add stress to your life. Urgency as the norm is awful.

The big goal of Pilot Fire is to help you ignore urgent issues that aren’t important and to make important issues more urgent— so you’ll do them.

… against a deadline. This one is simple, but the deadline has to feel real. I think the best way is to make a commitment you can’t back out of. Invite people to an event you can’t cancel. That’ll focus you. One of my best examples happened when I wanted to make my will. Super important, not urgent. I had it on my list for months, and it wasn’t until I prepaid an attorney and made an appointment that the deadline felt real. I did my homework the day before our meeting. The will was finished in two weeks.

… against your own time. In one of my favorite books of all times, Flow: The Psychology of Optimal Experience, Mihaly Csikszentmihaly describes an assembly line worker who had one of the most boring jobs in the world. To make the experience more engaging he decided to time his assembling and then continually try beat his best time. He developed precision and speed, the days went faster, and work was more challenging and enjoyable.

… with a colleague. We all know the race against a competitor, but it’s so much more fun when you are racing with people who share a goal. I know a user interface designer who used to race with his design partner to create product prototypes. Tidiness was sacrificed for fast completion.

Make it a close race. When I was little, my much bigger brother Bryan used to race me— on his knees. We had a heating vent underneath the living room floor that sent reverberations through the house when you stepped just a little harder than usual. Our race across the room was thunderous and hilarious and much more exciting because his “handicap” made it a close one.

In many situations if you have a big advantage over your challenger, it’s better to even up the odds.

The Race is On!

Last week I outlined five different Attention Management tools I’m working with. As incentive to get your feedback on them I offered two free focused mentor sessions to a randomly chosen commenter. The odds right now are still pretty good, but let’s add another incentive— a race.

Be the very next one to comment on that article and win one extra mentoring session for free.

† Sam Wang writes a thorough explanation of poll aggregators in this article.