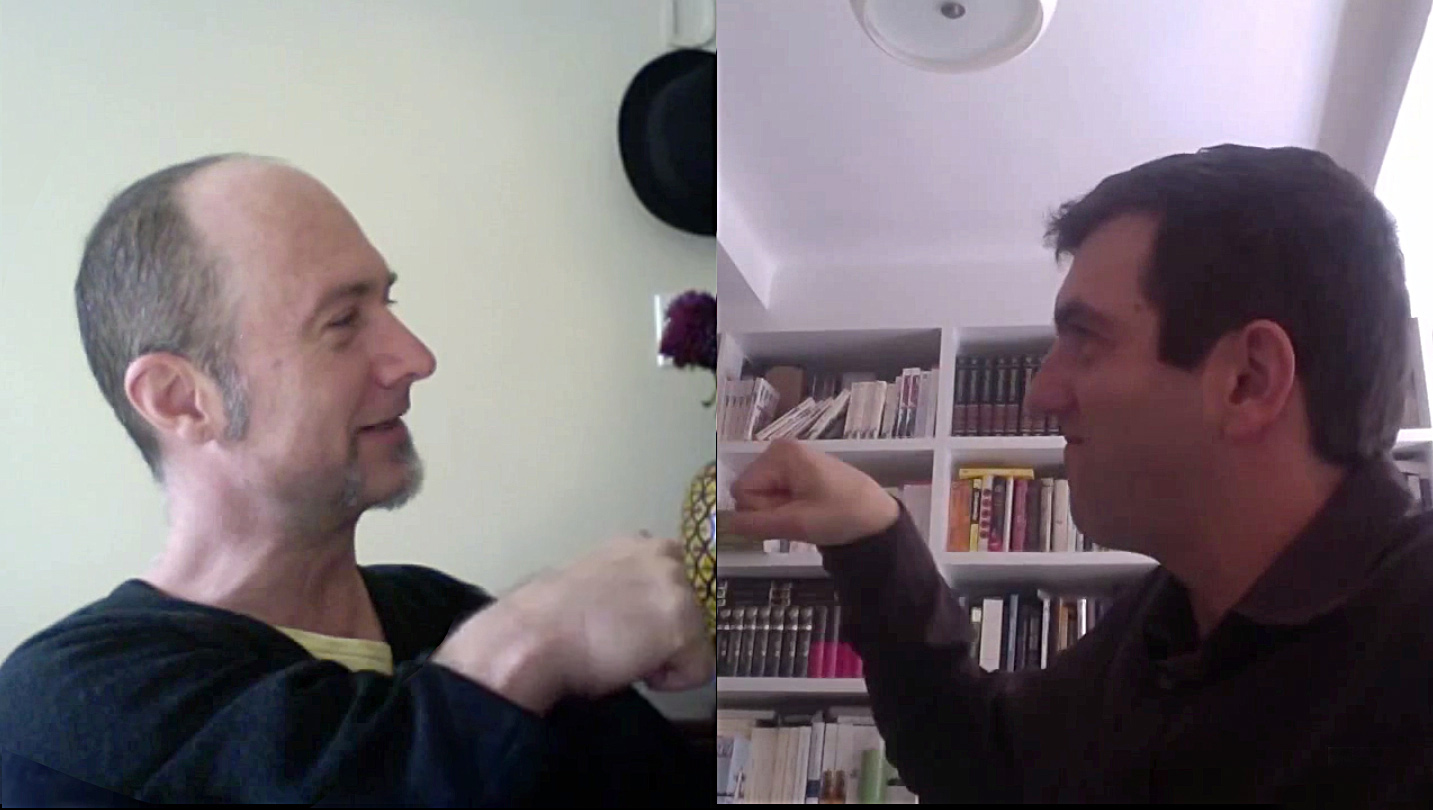 A.J. Jacobs is my Cousin. He’s yours, too, and he is on a mission to make sure we know it. I interviewed A.J. to find out why he takes his role as Cousin so seriously, and I’m convinced we would all be better people to follow his example. Plus, he’s throwing a giant party in our honor. Will you help?

Below we give you three easy ways you can connect to the beautifully simple truth: We are all one family.

During our conversation A.J. tells us something very important about the different roles we play and why it’s fine that most of us don’t feel like we have one singular purpose in life.

“We are not a monolith. We are a bunch of different people collected in one body. And that’s okay.”

A.J. plays many roles in his professional life as an Author, Journalist, Lecturer, and Human Guinea Pig. He’s an Adventurer in the realm of personal development and behavioral experimentation. The titles of his four New York Times bestsellers say it all.

A deep curiosity is at the root of every role he plays. He suggests, and I completely agree, “I think curiosity is the key to happiness.” He immerses himself completely.

“I think of myself almost as a method writer. When I’m writing a book about the bible, I’m saying, I’m going take on this role, and I’m going to play it to the hilt. I’m going to see how I can be the best Biblical Follower I can be.”

Now, he’s taking on the role of Cousin and doing it to the hilt as well. What does it mean to be “the Ultimate Cousin” as A.J. plans to be? Probably more tolerance, more access, and more generosity.

It’s also an incredible networking tool to be someone’s relative.

You can walk up to anyone you’d like to meet and honestly say something like, “Hey, we’re 12th cousins and I have something I’d like to ask you.” According to A.J., about 80% of the time (when people don’t ask you for money or run away) when you sincerely present yourself as a relative, you are met with warmth and curiosity.

Would you feel differently about George H. W. Bush if he were your cousin? Or Ricky Gervais or Michelle Obama or Daniel Radcliffe?

A.J. knows how he’s connected to these folks and many many more. You can too, through a giant project he’s helping lead to connect everyone in the world through one big family tree.

I met A.J. last July at the World Domination Summit, and he put on the goggles and told us all something big that really matters.

“Before I die I want to unite the entire human race in one big family. And this year I will hold the biggest and best family reunion in history, and you are coming!”

Obviously, I’m inspired to help. I hope you are, too.

How to Be a Better Cousin

So do it. Be a better Cousin. Even if you don’t watch the entire interview, do these 3 things for us:

1. Become A.J.’s official helper. He’s one of the Pilots of Pilot Fire and he needs your help spreading the word. Go to his profile, and click Offer Help.

2. Join the cause. Go to globalfamilyrenion.com and sign up to help his team piece together the complete human family tree. You’ll also get an invitation to the biggest and best family reunion on June 6, 2015 in Times Square. Plus, all proceeds go to finding a cure for Alzheimer’s.

3. Finally, come to the party. See you there, Cousin!

And now, learn more about how to change how you think about the world through your behavior, curb your anger at mean strangers with curiosity, and take the edge off Judge Judy by finding your relationship to her, all inside my conversation with A.J. Jacobs.