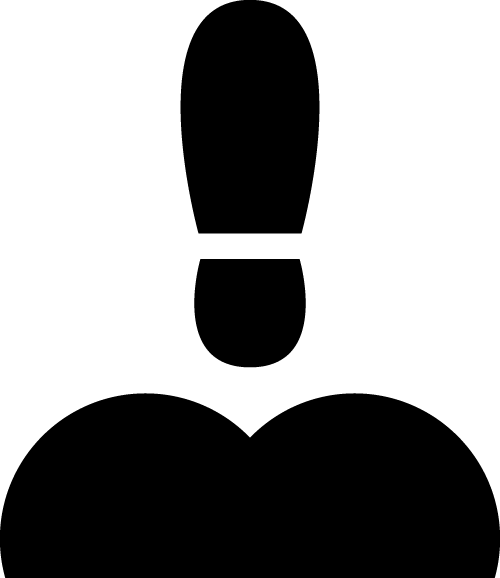 I tried. With the help of my lexicon reflections, habit scrutinizations, and candid talk of turdliness below, you can learn from my mistakes and revelations. And please tell me what you would have done differently. Then, of course, go try it yourself.

Denise: Was the experience as ‘remarkable’ as you anticipated it to be or did you learn something else entirely.

Delp: The experience has without doubt been remarkable for me, mostly because I learned, and expected to learn, things I didn’t expect to learn, like a Great Dane can swallow my fist, no problem.

Colleen: Do the words “sucking”, “kick-ass”, and “remarkable” mean the same to you now as they did a year ago?

Delp: This is such a good question and the answer is a stark, perhaps boring, yes. I wanted to be clear about these terms, especially sucking. Here’s what they meant then and now.

To suck is to be so bad at something it gets in the way of what’s most important to you. Because sucking is foundationally destabilizing, it’s worth the effort to stop sucking. For example I needed to efficiently produce videos for my most important goals, and I sucked at video editing so bad that I spent most of my time trying to move little handles on edit points that didn’t exist. I sucked at parking my car in my new neighborhood that I was draining my bank and serenity accounts and with semi-weekly, rage inducing $72 parking tickets. I stopped sucking at those things.

What’s key is to understand that at most things I don’t suck; I’m “good enough,” which means I can stop sweating them. It’s probably true for most of us who think we suck at lots of things that matter. Mostly they don’t matter, and so by my definition, we don’t suck.

To kick ass is to persistently and passionately pursue and accomplish something useful, beautiful, loving, or just darn remarkable.

And remarkable, as in “a remarkable life,” I define pretty clearly as having undeniably positive impact on many lives. That’s my personal definition. What’s yours?

Verónica: When you say you didn’t kick ass in some aspects, were these viable, realistic, achievable? Or were your expectations too high from the beginning?

Delp: Some of my goals were clearly unachievable. 10,000 in a year? Some seemed realistic, but I didn’t develop the chops I set out to develop. Since you challenge my statement I have to remember I actually only wanted to kick ass on one thing, and I came close, and I’ll get there in a month or two. So why did I say that? Cause I wanted more. I can’t help it. I want more.

Michael Roberts: I’m particularly interested in how your relationships might have been affected by not offering to help as much. Did people notice? Were they relieved, frustrated, none of the above?

Delp: I used to offer people help without their solicitation, then take the lead when they couldn’t muster the enthusiasm or skill to get things done. I don’t enjoy projects that aren’t moving forward so I’d provide most of the energy. That got tiring, so I stopped. My new rule: help only when asked and only if the asker is putting in more than I am. It works, for me. To answer your question, nobody noticed.

Will: I’m curious to know how you measured what “done” looked like for your goals?

Delp: Will, a goal ain’t a goal unless you know when it’s “done.” While I have some soft guidelines for kicking ass, each specific goal is measurable. I did stretch the shit out of what I consider achievable, but my goal there was simply to find out what that feels like. I found out. Done!

Erin: I am fascinated by the stopping aspect and would love to hear what you learned from it.

Delp: I mostly answered that in the video, but there is an aspect of stopping I didn’t mention. The hardest part was stopping many of the things that give me pleasure. Ignorantly, I didn’t plan on the dearth of mirth that followed. I’m a classic introvert that needs lots of time alone, but jeesh, I went to an extreme. I really need to play more, with playful humans, and so I’m doing that now.

Joel Zaslofsky: I’m most curious about how much of the positive stuff that you accomplished was done with sustained, “I just gotta suck it up and work on this every day” kind of effort and how much was done in intense bursts over short period of time.

I’m also interested in how long it took you to replace old habits with new ones, and for bonus points, which old habits keep creeping back in to haunt you a little.

Delp: I’m not an every day guy. Except for the health stuff, and (mostly) exercising every day, I work in spurts.

The new habits thing is tricky. Like most people I start off pure then slip, but not offering help, not chasing girls, and not starting new things went the other way. It was weird at first, for a couple months, then I got used to it.

Attempted abstinence from solo media consumption was the sloppiest for me. My computer was always tempting me to YouTube and Facebook. Media binges correlated with feeling overwhelmed or depressed or anxious. They mostly provided me with a transition into a more desirable emotional state, but there were many times when I felt like a turd (see below) for wasting my time.

The coolest thing was that my weird rigid rules led me to an interesting intellectual pursuit. Mentioned briefly in the video, my media tour led me from pickpockets to magicians to debunkers to atheists to mindfulness meditation, and it wouldn’t have happened if, after my father’s heart attack and my friend’s death, I hadn’t soothed my existential angst with an overdose of late-night video consumption.

Graham: When you felt like a turd how easy was it to forgive yourself and get back on the program.

Delp: My turdness isn’t remedied by an emotional shift like forgiveness as much as a physical shift. If I’m feeling like a turd it usually follows a big disappointment or exhaustion. Take the late-night media binge which I recall led to my most turd-like state. I told myself, “You turd! You just wrecked the next few days with your indulgence.” I was then tempted to attach a precognition like, “You’re going to die lonely and poor,” but I learned that a good karate chop to such a tag-along wannabe demoralizer, an early morning tennis match, an afternoon nap, and then a good night’s rest removed the turdaciousness much more thoroughly than mental self-forgiveness acrobatics.

How easy? Not very.

Sarah: Would you go about this a different way in the future?

Now tell me please, what are you going to try, and when you try to kick ass, what will you do differently?

I so wish I could have used this version of the image, but the double meaning is too gross.