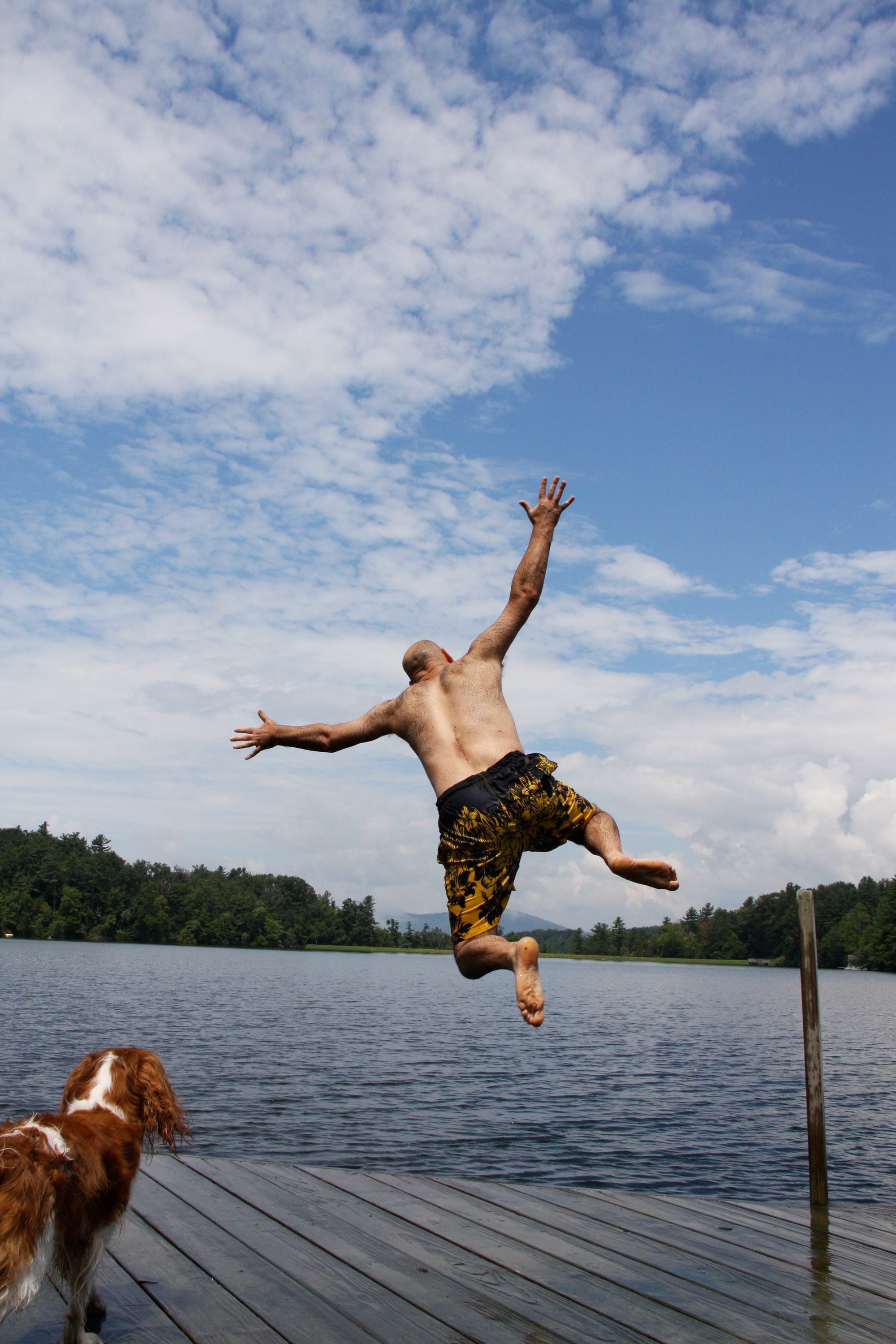 I do believe goals can provide a framework for a focused, attentive life, but there are people who present such a stark alternative that I question almost everything I know about happiness. Mark Sweeney was one of those people.

They had just found a brain tumor and were about to carve a hole in his head. We were both terrified. These might be our last days together, but Mark was also giddy with anticipation. We had tickets to see Laurie Anderson the following Friday at Slims, such a small venue for such an artistic giant, and he was determined to be there. With the mop of his hair lying next to him on the hospital floor he suggested, “Let’s make sure we get there early. I want to be right up front.”

Mark was never early for anything, except by mistake. He never had goals. Everything he wrote down got lost, and he didn’t really care. His ambitions went no further than dinner. He was just as content spending the day napping in the sun as reading a book on string theory or drawing little bunnies on napkins. The ice cream truck was cause for ecstatic screams of excitement.

He survived the brain tumor and then the tumors in his spine a few years later, but a few months ago another visit from cancer robbed the world of this life-loving man. There was no better Father, Friend, or Husband. Nobody I’ve known endured more pain, and nobody knew more happiness.

Yesterday I had the honor to speak to a church packed with people who loved Mark. Here is the eulogy.

Mark made me question what I know about happiness and here is my answer: He was enlightened. Most of us aren’t. Mark lived his roles instinctively. Most of us need to examine our roles and make conscious adjustments. Being there— just being— was the only way Mark knew how to live. The rest of us need to be reminded how to show up in the present time. For me, goals, roles, and plans are the best tools I know to do help me find my way to full attention. I’m not enlightened the way he was.

On another note, I’m a little nervous these days. Next week I will officially announce Pilot Fire’s first software tool to help you make a life you believe in. Think about at least one thing you know you want to do before you die. I designed this tool to help us help each other do something Big that Really matters.

Take a leap with me. Let  your hopes and dreams and fears of failure sit right next to giddy anticipation.