It may be a little late for the season, but I figured out what we can give each other. 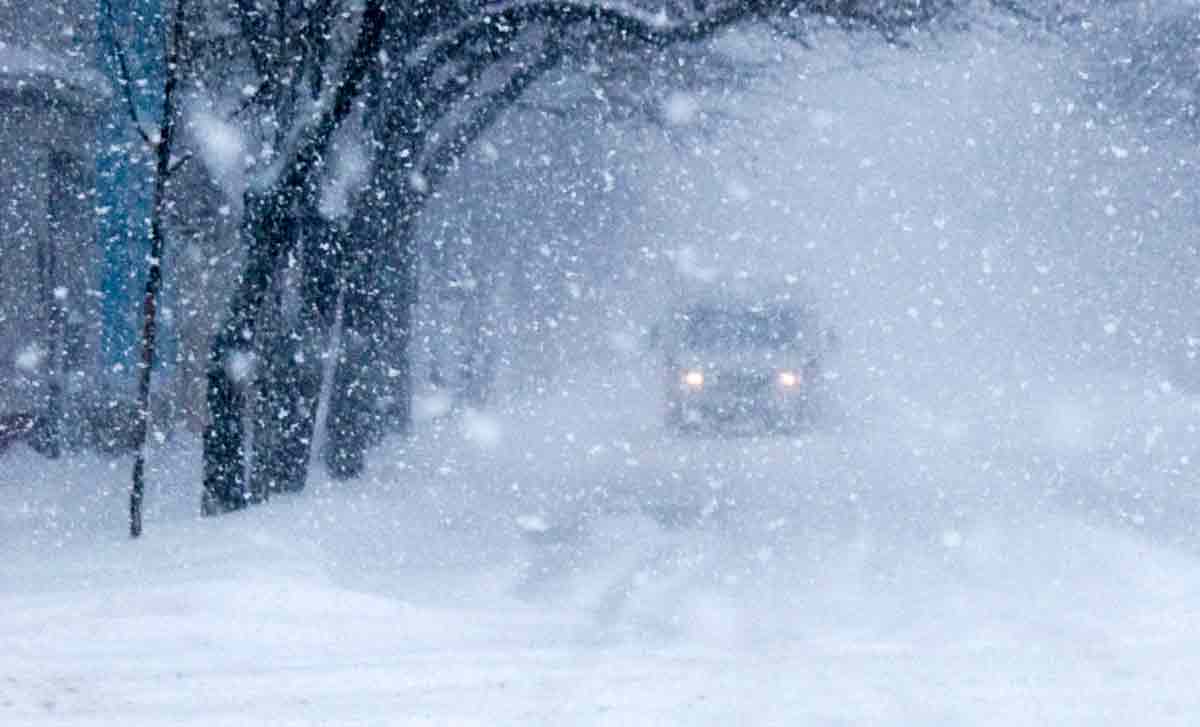 The old pickup truck was no match for the slippery hill. The back wheels spun a dozen times for every inch they gained, and the fresh coat of snow only made the ice underneath it more slippery. They were only a mile from home when it was clear they weren’t moving forward any more.

The man turned the truck around, and when they reached the bottom of the long hill, his wife spotted the plow coming their way.

“Oh look. Let’s try again. Get behind the plow when it goes by.”

Again, up they went, and this time the tires gripped a little better. They made progress, but they knew the hill was steepest near the top. The man was skilled at driving in snow and knew how to pump the accelerator and steer the sliding tires to keep the truck moving forward, mostly on the road, but when they reached the steep part, the wheels lost their grip completely.

“I’ll get on the bumper,” the wife said. She threw on her hood and stepped out into the brittle cold.

Holding onto the tail gait and bouncing on the back bumper put enough weight onto the back tires that her husband could move the truck slowly forward. By the time they reached the crest, there was a long line of SUVs behind them. A state trooper glared from his parked patrol car, shaking his head in disapproval. He signaled the man to stop, and waved the woman off the back of the truck, but as he stormed over to meet them, his face changed from anger to surprise.

He looked her in the eye curiously, “Well, uh, next time, at least get inside the payload when you do something like that.” He wasn’t going to write a ticket after all.

The woman climbed back into the passenger seat of the pickup and explained, “I think my being 73 got us off the hook.” They both chuckled, and the man drove them home.

Randle McMurphy said that after his failed attempt to hoist a marble sink off the floor. I used to think One Flew over the Cukoo’s Nest was a depressing film, but it’s not at all. It’s a beautifully complex tribute to the strength of human spirit, to hope, to attempting the impossible, to deliciously disarming honesty, even with adversaries, and to fierce joy, even when you feel broken.

That, my friends, is what we can give each other!

Our stories of trying hard.

True story, that one about the icy road. My friend mentioned it yesterday when he showed me the truck he and his wife are planning to sell. It would be a great story even if they hadn’t made it to the top.

The first Rocky movie was a great story, too. Remember, he lost that big fight against Apollo Creed.

When people take on hard stuff, we cheer them on. We feel their pain. We’re awed by their determination. Struggle makes for empathy, and empathy makes for Love. Trying hard is a path to Love.

Randle McMurphy didn’t even really have a big dream. He just wanted to feel alive, and his undaunted honesty, persistance, and imagination inspired his peers. We watched his determination tested way beyond our imagination, and we loved him more and more as he defied his oppressors.

When we try our hardest.

Because our passions are unconventional, we face slippery conditions, formidable opponents, and stacked decks as we pursue them. What we are willing to do at those moments tells us a lot. Do we fight? Do we stand tough? Do we yield, at least for now?

Or is there another way to hold our beliefs intact without giving up?

Here’s another true story. After teenager Conor McBride shot and killed his girlfriend Ann Margaret Grosmaire, he immediately turned himself in and fully cooperated with the police. The girl’s parents had loved Conor and were so faithful to their Christian value of forgiveness that they banded with Conor’s parents to work around Florida’s justice system in order to use a process called “restorative justice.” They wanted a path to healing from this horrific trauma— for everyone.

Their efforts led to an unusual meeting in which Conor and the parents faced each other to tell their stories without interruption or interrogation. Together with the legal team they came to an agreement about how to repair the harm done. Their story does not have a happy resolution of grand success, but their courage and imagination to live their beliefs amidst an oppressive culture of crime and punishment are incredibly inspirational.†

To forgive, to persist against adversity, to change when change is hard.

It’s a new year, which for me means another chance to inspire and be inspired. We can’t do everything we want to do, but we can try hard to do a few things that are really important to us.

I see it all the time. One man ends the tradition of violence that has plagued his family for generations. Another walks across the street to help a homeless neighbor up off the ground. An elderly woman takes her groping therapist to court. A younger one raises money to leave her country. This one takes a job to help people learn how to love. Another carves a totem pole with his four sons. Another tells her husband goodbye, for good. And another simply gets out of bed, again, even though it hurts so much, every day.

Here’s what I’m going to try this year. If you have something hard you need to do, let me know. Let us all know. Tell your story, and we’ll try to inspire you with ours. I’ll do the same.

In a few days you will see stories about people who are using Pilot Fire tools to do hard things. I find their dedication awesome. I think you will, too.

I’m in business, too, and helping people try hard things that matter is my company’s mission. If you know anyone who is ready to try something hard, please send them to this link:

† Paul Tullis writes in depth about forgiveness and criminal justice.