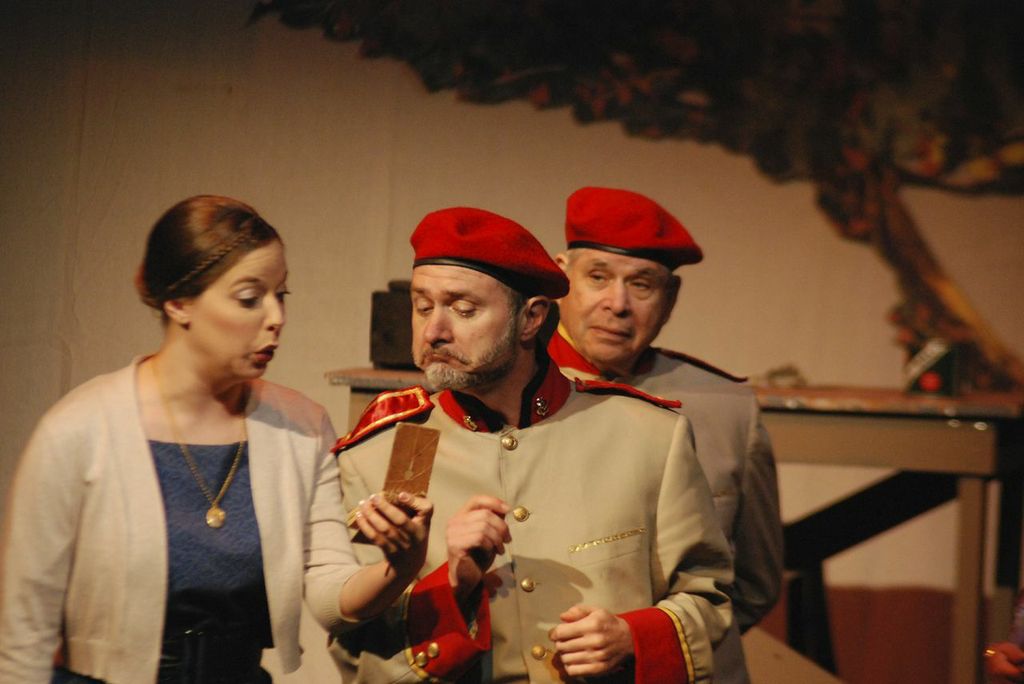 I don’t like opera that much. I swoon to Jussi Björling’s Les Pêcheurs de Perles, but that’s about it. I’ve never seen an opera in its entirety. That’s why it might seem odd that I’m singing in one, and I think you should, too, at some point soon. Here’s why, in story and list form. (Spoiler: It doesn’t have to be opera.)

Sweat and the glory of it

It’s opening night of Verdi’s Rigoletto by Verismo Opera. I’m playing a small part, Borsa, and I’m still ambivalent about my participation. It cost me a lot of time rehearsing and driving to rehearsals and hanging out with people I don’t know much or much want to know.

As I peak between the slats of the set I see only ten people in the audience. What the hell! So much effort with only ten people to witness? Hacks. I’m a hack. We’re all hacks. What am I doing here?

I gather up my attitude, remembering I had practiced my part hard and worked on my technique very hard because I’m a Hard Tryer by nature but also because performing in an opera aligns, at least indirectly, to one of my life goals of singing through my bridge with ease.

My goal tonight is especially challenging: Sing out (to the ten) with clarity, ease, and presence. Breathe so my tongue stays loose and doesn’t pinch me on the high notes. Enjoy it. Really. Find a way to love it. I can do this.

I turn to Fred, the 70-year-old gentleman who is playing the part of the young, philandering Duke of Mantua and ask, “I’ve seen singers play Borsa as a stern naysayer, but I think of him more as a kiss-ass wannabe. How do you want me to play this, Fred?”

The overture begins as Fred and I walk the back stage steps to the balcony where we will make our entrance. He replies, “Oh, Borsa is definitely a wannabe. Play it that way.”

Then we step on stage and start belting out our lines. We casually discuss his most recent sexual conquest as the Duke reigns with glee over a ballroom filled with women he’s either schtooped already or plans to schtoop soon. My part, Borsa, is to point out the risks of each endeavor. We both chuckle; the Duke couldn’t care less.

Even funnier are my instructions from my voice teacher. To keep my mind present and my abdomen relaxed, in between my lines I’m panting like a dog. It’s working! I sound pretty good. I’m totally amused. I’m actually having fun.

I deliver well enough for my first opera on stage with an audience (of ten), and it’s time for me to watch the Duke launch into his first big song, Questa o Quella, translated This One or That One in which he explains his deal with women: Whomever he happens to be consuming will be the focus of his love and desire, and isn’t that grand!

As the climax of the song approaches Fred puts his hand and my shoulder like a buddy. He’s fully engaged. From 18 inches away I actually see the dots of sweat swell up on his forehead. Spit pops out of his mouth, and when those high notes come, his face screws up into what looks like terror, his mouth gapes, and  his tongue arches like a little gymnast hitting her mark.

The sound coming out of his gaping mouth, over the orchestra, over the ten, and into the next town.

My ambivalence withers. I scan the cast on stage. These are not hacks. The young soprano just out of school, who’s singing her first big duet with Fred, looks tense but dishes up her best reluctant succumbing, and it’s convincing. The baritone who spent the afternoon making a scar across his face steams to life his insidious villain, while the sad hunchback jester, Rigoletto, watches from off stage, ready to bring us to tears.

And when he does sing, he brings it!

I know why I am here. It’s for the love of rare opportunity and the joy and the difficulty of so many things that matter. Only a few people ever get to sing opera on the grand platforms of world class theaters with the best of the best backing them up. Where do the rest of us sing? How is it possible to perform an entire opera to an audience of any size?

We do it with what we can muster. We do it because it’s worth the effort to have even one small moment when everything aligns, the word, the vocal chords, the piano and strings, the theater, and the people we invite to be there with us. For that instant the world vibrates in unison.

Why you should do it

“Should” is a dogmatic word, so please understand I only use it to provoke you, to coax you, or maybe goad you to consider what is merely a suggestion. Excellence and the resonance it affords come from hard work. This list gives you some good reasons to do it.

1. It’s difficult. Focusing on doing something just at the edge of frustration is how you grow your skills quickly, and the best way to find deeply rewarding Flow.

2. You may never get another chance. Extraordinary experiences often come when you leap toward a rare opportunity, even if it’s not exactly what you were hoping for.

3. You contribute to one of the most awesome things in the world. Doing your best work for something that is bigger than yourself will inspire everyone else to do the same.

4. You fail in public. When you try something hard, you will fail at some point. Get used to being witnessed in your failures. That’s where real courage comes from.

5. You do incredible things you didn’t imagine you could do. Something unexpected and awesome will happen, and at some point, you will be the cause.

6. You try your best. Knowing you tried your best is the best feeling in the world, so do it.

7. You will respect yourself and the crazy people around you. Inspiring each other is a bond that goes deep, even with people you don’t like so much.

Then go home and gargle. Tomorrow you can rest.

I played Borsa last Autumn. Next week is closing night for an 8-week run of Carmen. As Morales, I sing the opening song over the top of an orchestra and a chorus. It’s hard. Being the first solo voice puts me center stage, setting the tone of the story to come. During my short part, I need to watch the conductor for cues, listen to the bass for pitch and rhythm, ignore the violin that plays flat, do my business with a cigarette, hit on a girl, get rejected, and recover.

Oh, and sing—sing from a totally open, relaxed body.

It’s a meditation. It’s an act of “being in the moment.” I have it down. Even when I forget a line, even when I lose the orchestra, I know how to get back on track. I’ve done my work, and as a result, for many small and medium-sized moments, everything lines up just right.

What’s something difficult you’ve done that rewarded you with “Resonance?”

Answer in the comments.