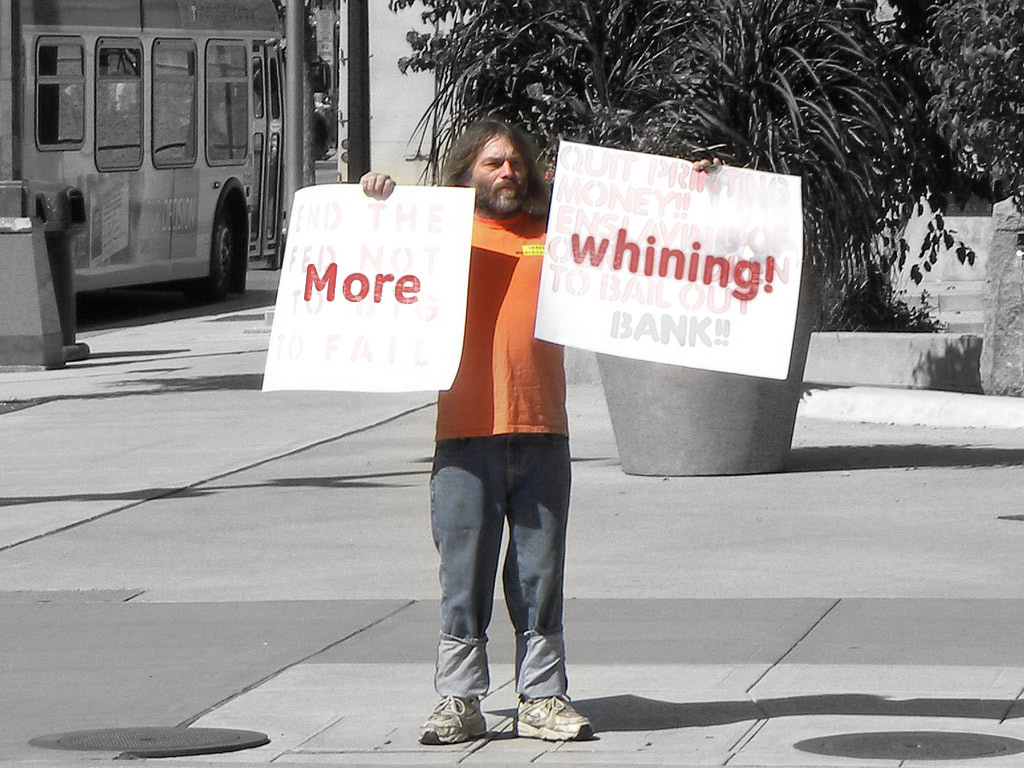 I remember a short conversation with another bleary-eyed father about the purpose of whining. His answer:

“There is no reason to let your kids whine. It will never serve them. There is no effect other than repulsion. They must stop.”

Whining must be evil.

“Quit whining!” is commanded so emphatically and with unwavering uniformity it must be true: whining is evil. It’s undisputed. Just compare. While a vast majority of people who emphatically demand of humanity to “quit killing,” there are plenty of people willing to argue “more killing.”

Nobody ever says, “more whining.”

Yet more people whine than kill. Isn’t that weird?

Why we whine, anyway.

It’s true that whining is directly linked to killing, so why do we whine at the risk of being killed?

A little research reveals a tempting list of possibilities. Apparently whining, or “futile complaining,” may have some benefits.

“Human minds are expert at creating expectations, standards, and presumptions for all manner of things beyond their control. … Futile complaining reduces discomfort by reducing the discrepancy between reality and a person’s [unrealistic] standards.”

Granted, there are people who can’t stop whining, compulsively, repulsively. Theirs is a different story than most of ours. For us infrequent whiners I see the act as one of those emotional signals that contains a message we might hear without cringing— too much.

Whining boils down to the feeling, I really wanted things to be different.

And that is the seed of our revelation.

I actually love to write, but the reality I’m reconciling is that I can’t do as much as I have in the last 18 months. My ass hurts. It’s telling me, get off it and move about.

So I’m cutting back to half time. You’ll be hearing from me less, about once a week— for a while.

I need to smell and feel more of this glorious spring.

NOTE: I know I employed various logical fallacies throughout this short essay. If you don’t think they’re funny, that’s okay. Writing them totally cracked me up, and I quit whining.