Are you trapped by roles you feel obligated fulfill? … like, “I hate it, but I have to do it!”

Maybe James Baldwin’s words will inspire you. (They inspired me!)

“The roles that we construct are constructed because we feel that they will help us to survive and also, of course, because they fulfill something in our personalities; and one does not, therefore, cease playing a role simply because one has begun to understand it. All roles are dangerous. The world tends to trap you in the role you play and it is always extremely hard to maintain a watchful, mocking distance between oneself as one appears to be and oneself as one actually is.”

From birth we are labeled by the outside world: Girl, Whiny, Difficult, Smart. As we grow we are asked to identify with our parents and friends: City Dweller, Republican, Homie, Jock, Bookworm, and then as we enter the workforce we are bestowed with job titles: Stockboy, Flight Attendant, Regional Director, Legislative Aide. Each of these labels changes us, whether we like it or not.

Take a look at this picture for a minute. As you pause and consider each label, what happens to your perception of the person in the photo? 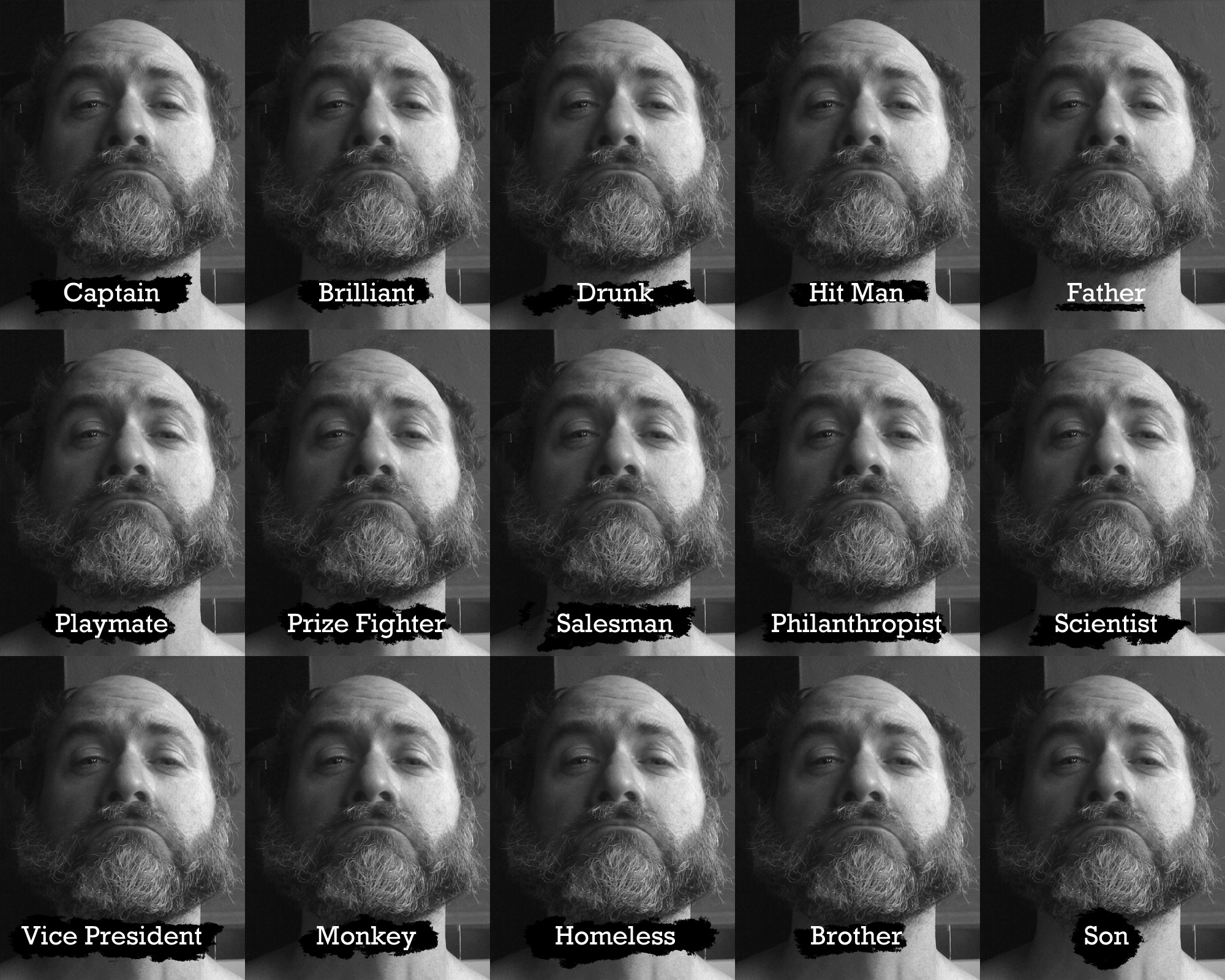 Labels are powerful. I believe they are never meaningless. As families, teams, communities, and tribes, the stories we tell about each other are riddled with labels that abbreviate deeply ingrained myths and characters traits. As we live with our labels, we start to behave differently. We can’t help it. We play the roles those labels beg us to play.

By keeping ourselves ignorant of the roles we play, we stay trapped in them.

What’s the alternative? As JB suggests, we can start by trying to “maintain a watchful, mocking distance.” Stepping back and shining a light on a role is the first step to freedom.

We can start to tweak it, even rename it. When it comes to a job, your title might have nothing to do with what feels like a fitting role. Karen, a Pilot Fire regular, wrote me about a key to finding the right role.

“I think ownership. A role … has to be yours otherwise you resent it ever so slightly. It’s like working a “job” and some bonehead of a manager comes along and says “okay, now you’re going to be X.” You didn’t really choose it, the title X doesn’t make any sense and it never clicks with you…because it’s the manager’s role, not yours…. [On the other hand] when I wigged on [the role] Cruise Director, my face lit up and I started giggling.”

Giggling is a good sign of a “watchful, mocking distance.” Once you have some distance, serious play begins.

Another course is to pursue mastery. Consider this, what if you redefined your role in terms of how you want to grow? Each of the following renamed roles implies a focused mastery.

Here are two questions for the day:

What are people expecting you to be?
What would you rather be?

Go, name that new role. Play it hard, with all the seriousness of a method actor. Know your role’s objective, your goal. Master it. Own its ass.