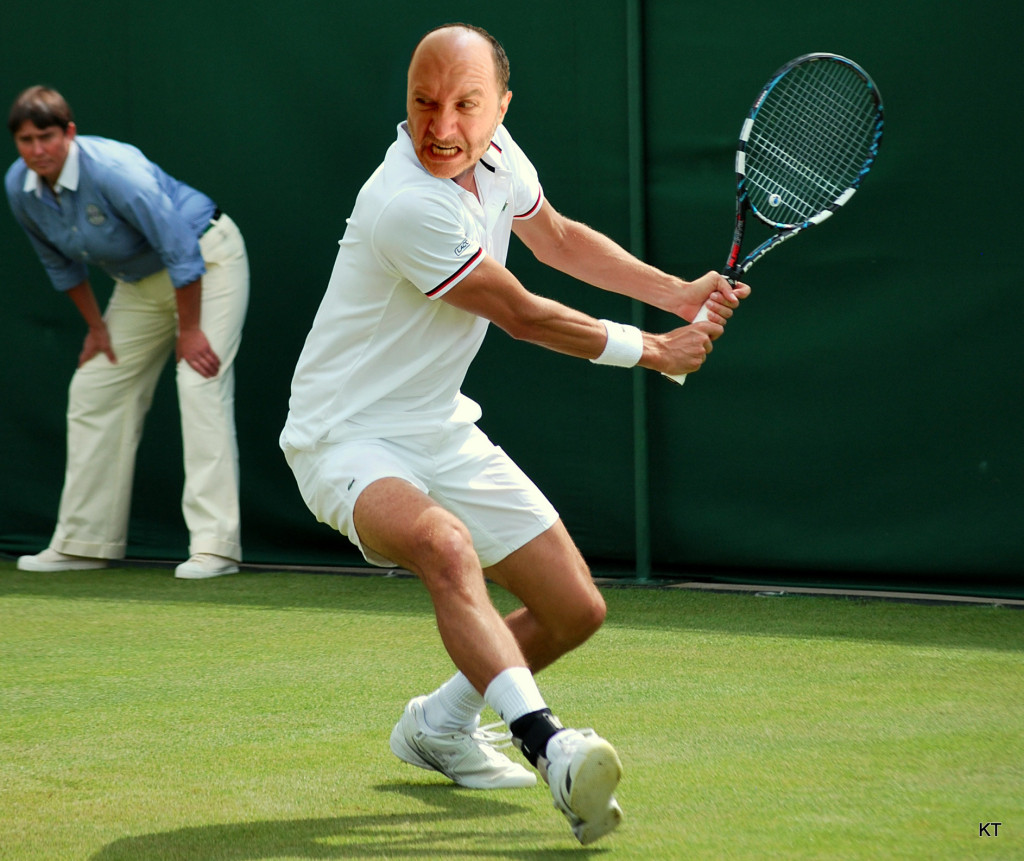 With green tea coursing through my viens and three times his measly years to boast, I’m going to show that six foot pipsqueak what “going ape” means. He won’t know what …

… the court will burn with my flaming feet …

My CCC starts in 32 minutes. For the 60 hours that follow, starting with a go-ape tennis match, I will become a non-stop vitality and creativity machine, making, making, making stuff, just spraying it all over the place, dedicated to one goal:

It’s been several months since I focused solely on making stuff. I used to go away to a cabin in the woods so I could write without distraction. I’d take my dog and my computer and my guitar and see how far I could get with the play I was crafting— or was it a musical. It was actually a music concert interrupted by a play.

Then I read about Joel’s Continuous Creation Challenge, and with my first free weekend in months coming up, I decided to take it.

The idea is simple:

I want to test some new triggers. The format for triggers goes like this.

For example, when I feel the tug of internet, video, or news, I want to trigger an image of Laurie Anderson in her studio, and then do something to reset my energy.

When I feel the urge to hit random media, say “What would Laurie do?” and immediately get up and dance instead.

To remain vital and focused means taking care of my body with great food, rest, and a couple of go ape periods of physical exercise. I’m going to launch my CCC with a vigorous tennis match with my daughter’s teenage wimpy-ass-geek filmmaker friend.

8:16am. I pick up my racket and bag of balls and skip out the door.

You sweet lad, how did you beat me before? You’re just 15 and I’m a man! I play twice a week sometimes, and your gangly body looks so new and untamed. The memory of our last match makes no sense, and it can’t happen again. (The risk of existential crisis is too great. I won’t go there again. Not now. Not this weekend.)

I will set record straight: I am your superior.

I must crush you.