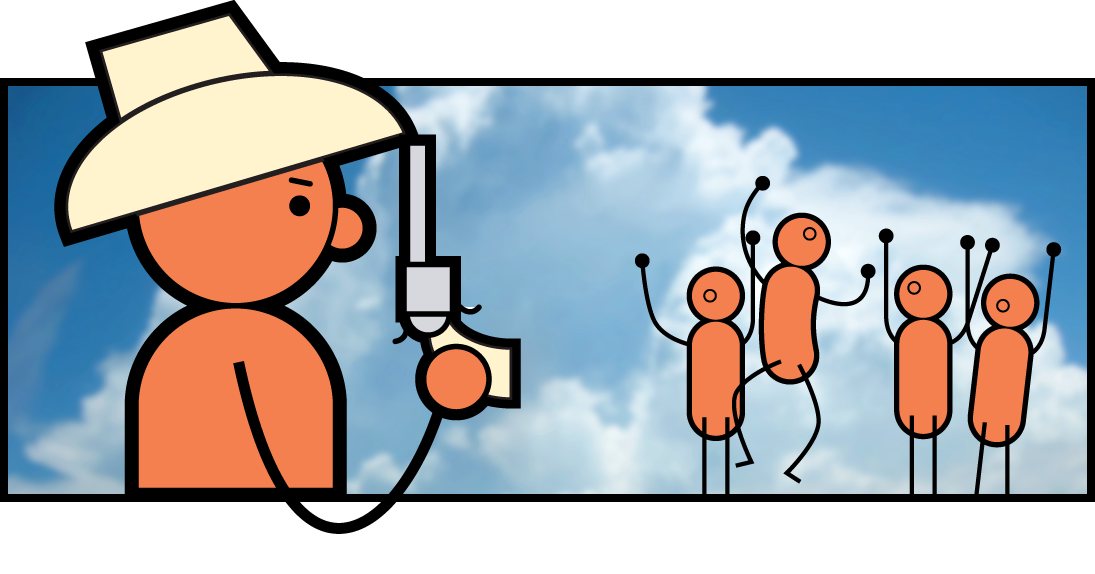 Every time I talk to a new student about roles, I get all wound up and giddy about the richness of the world we get to inhabit. Humans are each so complex and deep. I’m not kidding.

And yet I feel like our complexity scares a lot of us. Indeed, it feels like too much for me sometimes. Working with roles one of the most exciting ways to engage with the vastness of it all.

Minimalism and other isms

There is a growing new movement toward minimalism and simplicity. Remove everything that isn’t necessary. Get to the essence. Those are nifty ideals on many levels, and I do feel, as a response to our gluttony-based, politically wrecked economy built on infinite growth, the minimalist message to look hard look at what we think we really need is an urgent and important message.† I am not a Minimalist.

I do hate malls. Hate them.

If I’m anything of the ist variety, I’m an Existentialist. I believe our existence is our starting point and “essence” is a beautifully inspired invention. I’m a Pragmatist in that I think repeatable physical experiences should count for a lot when it comes to decisions that effect others. I’m a Humanist in that I hold reason, ethics, and justice above many other things. I’m also a Romantic. I believe that, except for that giant ball of fire over our heads, the greatest power we know is Love, and then maybe Truth, as in a true story, a true fact, a true experience, and our reconciling their contradictions. I’ve seen my version of God before, once when I was singing and the big ol’ light shot through me from the center of the earth and time collapsed. I seek connection with the sublime through art and conversation and meditation and sometimes sex. Maybe that makes me a Sublimist. I believe we can have meaning in our lives, and I believe we create that meaning through our actions, you and I and all of us together.

Ultimately, what we choose to give our attention is, I believe, our reality.

That’s why attention is so fascinating to me.

Our prize attention management tool:
the roles we play.

Our corporal vessels, filled mostly with bones and blood and brains, are miraculous playthings. We can generate infinitely varied stories, emit boundless Love, and just make all sorts of cool stuff. In terms of who we are (the roles we play) the limits are unknown.

While some of us seek the sanctuary of a single “true self,” I say, reach into the glorious cosmos of The Big Never Knowing and start making up the best shit you can possible make up because really folks, we will never know, for sure, who we are and why the hell we’re here.

So, why not play?

According to my Mentor, Randy Dunagan, the poet Wallace Stevens always wanted to live in Paris but was afraid to fly. In order to visit the place of his dreams he lined the walls of one of his rooms with posters of Paris and spent a fair amount of time in there walking the streets in his mind.

I know a very skillful musician who could choose to feel burdened by the fact that he’s surrounded by absent-minded technophobes, but at gigs, when the inevitable equipment problems arise, and he is called to fix them, he turns into the Gunslinger and saves the day.

Officially the Network Administrator, we called Mazi the Enabler, and that’s how he saw himself. In that role his objective was to minimize down time, so when my hard drive acted up, he was under my desk within minutes yanking cables. He knew what it meant to play his role seriously and playfully at the same time.

I remember asking, “Don’t they say you’re supposed to power down before you disconnect those cables?”

It seemed so simple when I proposed, “You want to be a Leader.”

She winced, “I don’t like that idea. A Leader? You don’t know this place; it’s full of goal-setting, ladder-climbing VP wannabees. They want to be Leaders. I couldn’t be a Leader. A Leader is someone important, someone who takes command, someone who sets goals.”

“If you aren’t a Leader, what are you doing in those meetings you lead?”

“Oh, my job is to provide context, bring stuff together so we can mix it around and see what happens. I don’t take command. I like empowering the participants to make their own decisions. That’s really fun. I’m good at that.”

“Maybe you want to be a New Kind of Leader.”

Have you ever made up a stories with kids? They totally go for it. We were all kids at one point, and then something happened. We got separated from our imagination. We forget how to play dress up and locked ourselves into roles others define for us.

BIG FAT NOTE ABOUT PRIVILEGE. My own circumstance and this article were born from a lucky collision that launched my body out of my mom’s womb smack into a place of privilege, now somewhere around the 58%. I write from that place, as a white boy who grew up mostly fitting in. Studying Flow, I’m in awe that even some downtrodden, impoverished, or truly oppressed individuals somehow still manage to play with their roles and find Flow within the walls of their destitution. These people must be particularly autotelic. I can hardly imagine but dearly hope, if I were in their shoes, I’d be one of them.

†Some of my favorite people are minimalists. Ryan Nicodemis, Joshua Fields Millburn, and Joshua Becker are three. They walk their talk preaching the conversion of consumerism into life-loving simplicity and showing us how it’s done. And when did we turn from Citizens into Consumers anyway?