It’s a simple question, “What do you know you want to do before you die?” Most people have something that comes to mind, but how many of us are working on it right now?

Giant goals like Scott Harrison’s hope to solve the world’s water problem nestle neatly between personal needs like Sijartha Shaff’s, an ER doctor who is striving to attain better work life balance; calls to adventure like Audrey Reynolds, contagious in her eagerness to “see as much of this big beautiful world” as possible; missions to inspire like Ryan Nicodemus and his hope to unstick millions and million of people; and simple gestures toward pleasure and wellness like Ravindra Kharmia’s plan to bring healthy treats to Detroit.

Donning the Pilot Fire goggles and telling the camera their passions and plans to follow them is quite powerful for most of the folks I ask to perform this ritual. Call it accountability or courageousness or vulnerability, making public their dreams, their needs, and their fundamental beliefs is damn exciting. It can also be revelatory. It’s almost always scary, which is what requires their bravery. 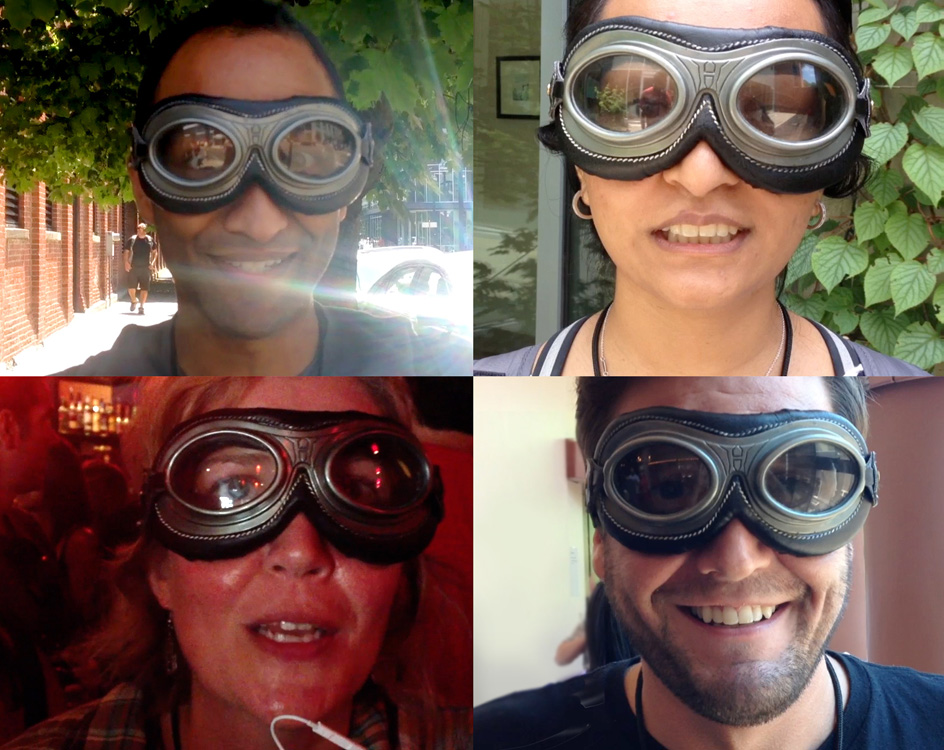 Take these four Pilots at face value. They are doing the work, one step at a time. They show up by showing us how to make the most of life.

A detroit Car Designer by day, Ravindra is also a Food Designer by day. When we met he was giving away free brownies. Needless to say, he was a popular man that evening; I had to show up in disguise just to get fourths and fifths. As an example for us all, his pursuit includes probably the most important aspect of a SMART & SEXY goal. Y=Yummy.

Next time you’re in Detroit stop by the Royal Oak Farmer’s Market on Saturday from 7am to 1pm and grab an eLITE Treat.

I’m not sure what role could be more stressful and noble than an ER Doctor. Sijartha reminds us that folks on the front line of life and death don’t necessarily need to find meaning in their lives. They just need their lives! Her hope is that this year’s move to Singapore will alleviate her from the brutal hours and commitment required of doctors in this country. According to her the work demands are more humane over there.

And she reminds us that living overloaded with stress is hardly living.

Audrey’s enthusiasm, creativity, resourcefulness, and her organizational skills qualify as super powers when they come to travel planning so that’s what she does.

“…when I talk with someone who excitedly asks all about my latest trip and then says ‘I wish I could do that’, I want to jump up on the table and proclaim, ‘You can!  You can totally do it!  You should do it!  Woohoo ~ let’s go!'”

And this year Audrey is going to actually leave the country. That’s right, she admits that various reasons have grounded her for months which is a little embarrassing for a Travel Coach, but personal travel plans have been trumped by helping other people get out into the world. While her focus is now shifting to her own escapades, I’m sure she wouldn’t mind a plug for her services here: Be Your Own Travel Hero

Ryan is a Mentor by trade, and I can personally attest he is also an Inspirer. It was a conversation with Ryan and a couple other humans at the World Domination Summit that sparked my Kicking Ass Plan for the Year. To Ryan and am grateful, and while his goal to help at least 100 million people go from stuck to unstuck may seem lofty, I believe he’s developing the chops to do it. He mentors and writes with another Inspirer  through their website called The Minimalists.

I encourage you to contact Ryan here, and ask him how many people (out of his 100 million people goal) he has unsticked so far. Please do it. Then, ask him about the book he’s writing.