When you divide your life into different roles, do you lose sight of your Self? Maybe, and I suggest that during the time it takes to understand your different roles, losing your Self could be a good thing. If you are trying to make a big change, clinging to the story you tell yourself about your Self might just be what keeps you from making the change.

Decide to loosen the glue

Integrating our roles is the ultimate goal. Synergistic moments when our different roles come into play fluidly and spontaneously (and appropriately) is an incredibly satisfying feeling and probably the ultimate condition of Flow. In between those moments, we flip between our different roles, often with a fair amount of denial about how weird they can be. Careful examination can feel contrived at first. Besides, it’s scary to pull apart the stories that have helped us survive and earn love and money.

Yet to ignore or deny the roles we play is to let them rule us.

Your Self is the glue that binds your roles together. As you discover and play with your roles, you’ll have to loosen up the glue. It’s not an easy task; you’ll need to do it with purpose.

When most of the stories we tell ourselves remain unconscious, our decisions and our behavior remain out of our control. Dividing our Selves into distinct roles brings new consciousness to our actions.

Case: Last week I met with a student who is challenging herself to reconnect with her role as Artist. She showed me a drawing she had made between our sessions:

“I’m copying medieval paintings of angels so I can get my drawing chops back. It’s not an exact copy. I could copy it exactly, but I just can’t do that! I have to break the rules or else it’s not mine. Besides, the anatomy is wrong in the painting so I tried to make the arm, which is too long, look right. I could copy it exactly— you know as a child I hated doing exactly what people told me to do. I want to get my skills back so I can be sure that what I’m drawing is what I want to draw.”

She’s split. I could hear it in her words and see it in the stiffness of her drawing.

We decided she has a conflict between her role as Renderer and her role as a Rule Breaker. Her version of Artist does both, but until she unlocks each role, they will block each other. And when she masters each role, she will grow as an Artist. That’s our working hypothesis, so this week she is going to make two separate pieces: one, an “exact” rendering of a vase, and the other, a collage of an angel using bits of torn paper, avoiding exactness.

We made a plan to amplify the split. She’ll do the work, and then we’ll see if splitting her Artist into Renderer and Rule Breaker gives each more freedom. We don’t know what will happen, but I bet it won’t be stiff.

Gluing the Self back together

I was inspired to write this article by a note my brother sent me last week.

“… i’m not sure pilot fire acknowledges the importance of developing and recognizing one’s self that is independent of the various roles we play.  for example, i am more than a father, teacher, inventor, son, athlete.  these mostly define me in relation to others (son, father) or an activity (work, athlete), yet, there is something more basic that is me that is not captured by these roles…”

You might feel overwhelmed by how many different roles you play, and choosing what’s most important to do in each role can leave you feeling lost. According to the the Diagnostic and Statistical Manual of Mental Disorders, Dissociative Identity Disorder (DID) (or Multiple Personality Disorder) is characterized by “… the presence of two or more distinct identities or personality states…that recurrently take control of behavior.” In a way, I encourage you to dissociate, to lose a little control. It makes sense to feel like something is missing when you let your roles take center stage over your Self. 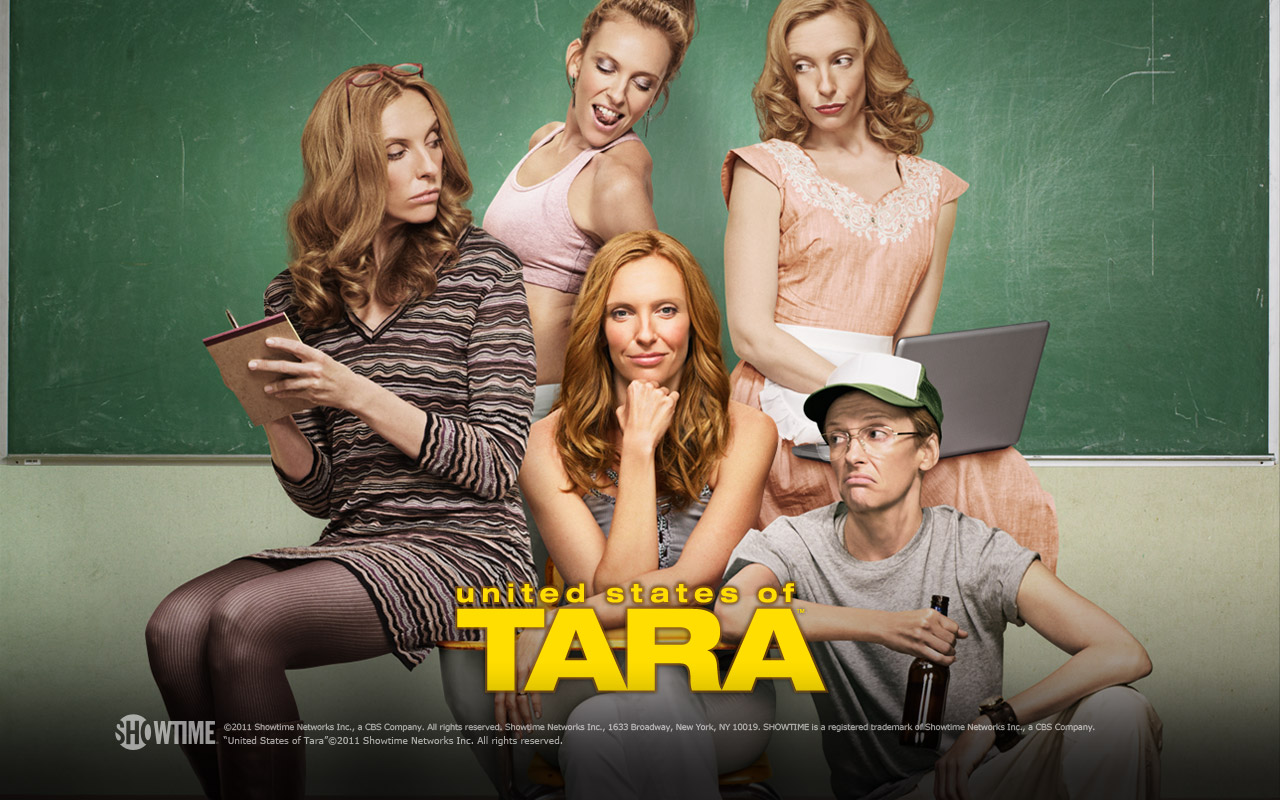 Toni Collette, in the TV series, The United States of Tara, plays a woman with DID. Throughout the series she struggles to gain control over her other identities which include a controlling housewife, a belligerent teenager, a reckless biker, a self-righteous therapist, and a frightened child. In a pivotal scene, Tara’s Self confronts the other identities and tries to set some rules:

Self: From now on my life will be organized. My life. My liberty. My pursuit of happiness. These things will bend to my will. I will be in control. Me, Tara. End of story. I am sick and tired of all this craziness.

Housewife: This is all your fault, with the drugs, and the black music.

Teenager: Fuck me, Stepford. Buck had the big night out.

Biker: Hey, I was doing some important stuff, just happened to be at a casino.

Therapist: I for one think it’s about time you asserted yourself. Absolutely, It’s a wonderf…

Self: Shut the fuck up!

For all her efforts to merge them into one, Tara and the audience understand her reliance on these separate identities. The Housewife knows how to get things done to perfection, the Teenager plays with abandon, the Biker suffers no bullshit, the Therapist offers compassion, and the Child remains innocent. Who wouldn’t want all of those qualities?

The role of the Pilot

I offer you the Pilot— your Self, your inner guide, the one who maps your path, pursues your happiness— the one who steers your life. The Pilot is the role who is reading this article.

As you venture into the world embracing your role as Artist, Salesman, Politician, Connector, Daughter, Gardner, Hero, Inventor, Lady, Fisher King, Jester, and Reverent Priest, hear the humming of the engine and feel the wheel in your hands. Return to yourself, take a breath, chart another course. Then hand the wheel to the Lover, the Handyman, the Gunslinger, the Lion— and let her roar.

Image used without any attempt at permission.