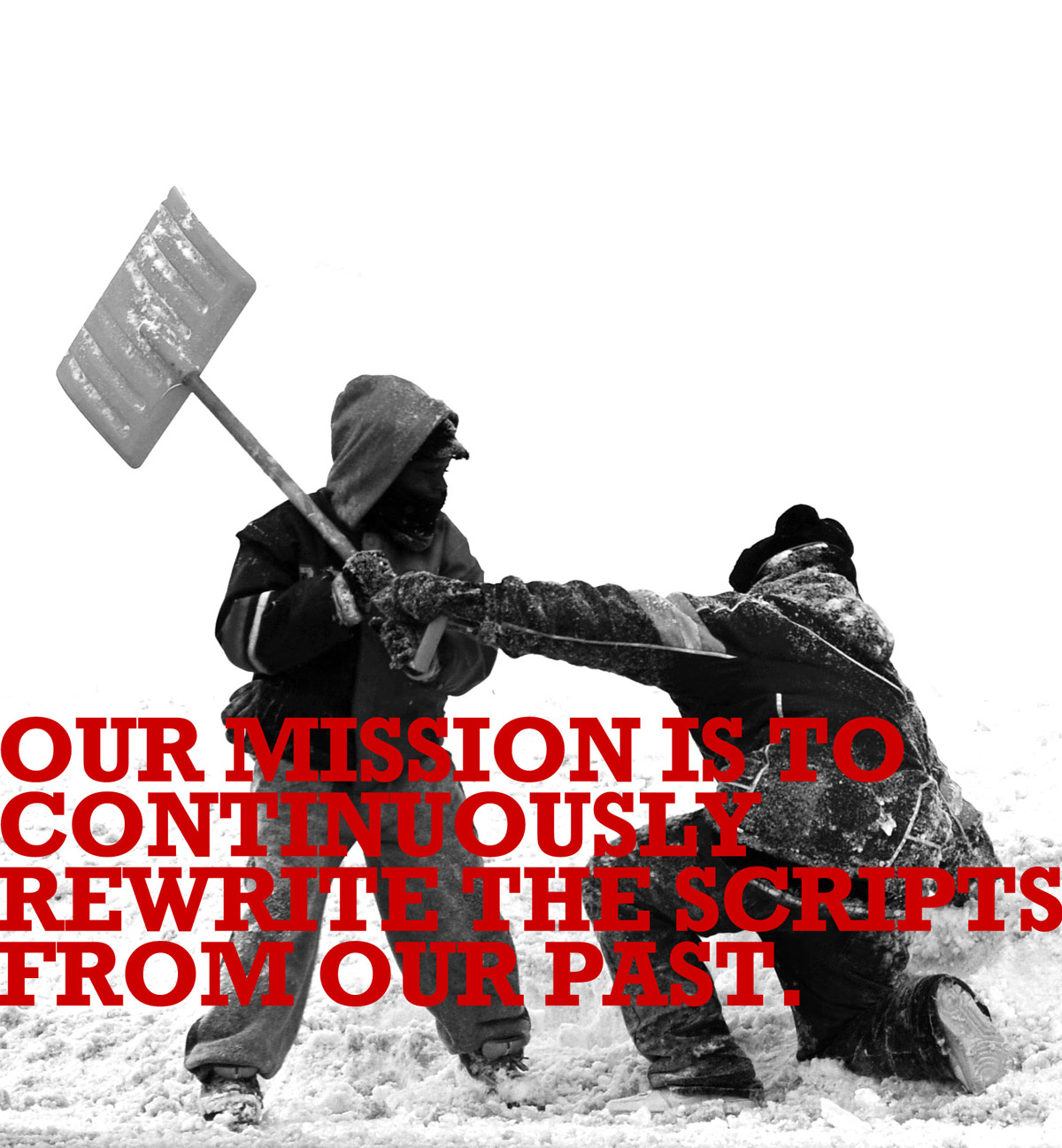 I wrote this article in direct response to your candid answers. Thank you.

In my last tirade I yelled at the namby-pamby Advice Flingers-Around who praise the purity of “finding your purpose.” I believe most of us will never find a single purpose. We have so many roles we play and we carry myriad stories of whom we should be or wish we were. I think that’s awesome— like, really awesome, not just pretty-good awesome.

Unfortunately, some stories haunt us. We repeat them over and over, our script memorized, our role pre-determined. Like robotic characters in a boring side-story, we deliver a perfectly predictable performance that once again, makes us feel like shit.

How do we release ourselves from the stories that dictate our feelings and behaviors? How do we unhang our expectations from our predictions and fears and even our hopes so we can breath a little more easily— right now— and maybe have a true-to-life new experience?

While we may not each find a single purpose, we do have a common mission, that is, if we want to be fully alive.

Our mission is to continuously rewrite the scripts from our past.

And we do this by learning the roles we play. Here are four true stories in which people took their roles seriously enough that change felt possible, and in some cases, was.

A big man in terms of the psychic space he takes up, the Professor rules a small yet powerful fiefdom of his making. Research money pours into his clinic, and groundbreaking news pours out.

He’s a Good Prince too. He’s generous with his people. He’ll give you the world as long as you trust him unquestioningly.

And if you doubt him, he’s the Detonator. He creates more chaos than you can imagine. He can handle it better than you, or so it seems. The Professor Prince Detonator grew up being doubted and tested and set up for failure so he learned early on how to achieve big and deflect attention away from his tactics. Dig a little too deep and he’ll set you on fire, but you won’t see it coming. He knows your triggers better than you do, and before your doubt can seed, he plants the wires in your psyche and pushes the plunger, inciting a fury that makes anyone who questions him go crazy. You explode.

“I was ashamed to finally admit to my role as The Detonator. But also I realized that it’s worked for me, too. When people get too comfortable, they slip up. They quit thinking for themselves. People die if we’re not careful. I know how to heat things up when it’s really important.

“I realize I’ve detonated important relationships. I don’t want to do that any more. I’m not so much The Detonator now, but I still know when to light a fire when I have too.”

I had been pruning the plum trees and my neighbor’s angry comment, “You like to hack, don’t you?” triggered me into my role as Know-It-All. He’d badger me about each limb I cut with the desperation of someone who’d lost a baby in a mob. I would deliver a scientific explanation of “heading back cuts” versus “thinning out cuts” and the purpose of each in relationship to my shaping goals with the plum trees. I was doing it in defense. I felt attacked, but my apparent cockiness only amped up his rage which made me hate life.

The Badger and the Know-It-All played every time I walked into the garden with clippers. When I took my script to a friend and had him play my part, he gave me a new line.

I would have never thought of that! I ended up moving before I could try out my new script, but hearing those words gave me a new story to tell and a new role to play. Maybe that’s all I needed.

The Victim and the Offender.

We all play many roles in a lifetime, and we’ve each played Victim and Offender many many times. They’re archetypes. We are trained by our history and culture how to play out the story of Victim and Offender. Oh, forgiveness and repentance and healing and “having a sense of humor” are supposed to factor in, but how can those ideals withstand the barrage of stories in which good and evil and revenge and suffering and heroism win the day, every day, for millennia.

The roles of Victim and Offender imprison us, and so as a society, as individuals, I feel it’s imperative we learn to reframe them, that is, if we want our liberty.

Impossible it must be to make a fresh story of murder and justice, and yet, as impossible as it seems, the families of Conor McBride and Ann Margaret Grosmaire found a way.

Conor and Ann Margeret were in love at 19 and planned to get married. They were good kids, both of them, and then during an argument, Conor shot and killed Ann Margaret.

The first twist in this story was when the stage direction read (run), the boy instead immediately turned himself into the police.

The second twist came when the girl’s parents asked the prosecutor to help them forgive the boy who killed their daughter through a rare intervention called “restorative justice.” With the boy’s parents, the four of them turned the justice system upside down, in Florida of all places, at least for a small and significant act of defiance against our dominant stories.

Theirs is a sliver of a new story, one we can hope to absorb into our collective DNA.

It was a great idea. “When we start that fight we always have, let’s do something completely unordinary. Let’s interrupt this story. We’ll do summersaults.” That was the agreement the couple made. It was a good start.

What’s one of your crappy stories? What’s your role in that story and how can you change the script?

We play different roles in different situations. We play roles all the time. To change them we must never forget to play with them.